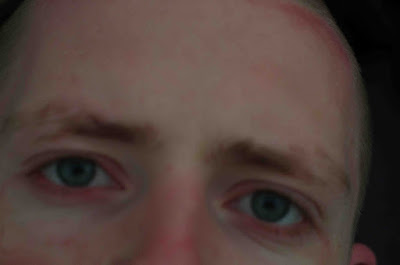 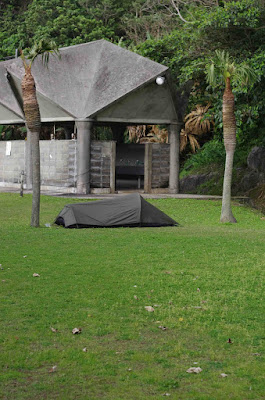 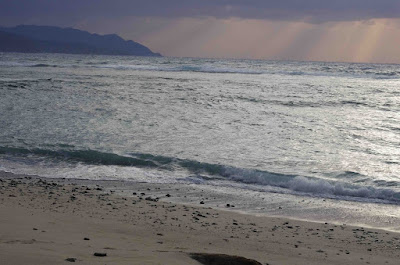 It's Pat's birthday! Have a great one my brother xxx
Sorry its been a while, there'll be a lot more of these delayed updates unfortunately.
Spent a few more days in Kagoshima with three very kind people I met from couchsurfing, Chao who is biking to Hokkaido and came up to ask where I was going when I was wandering aimlessly. He took me to meet Saiyuri, a local of Kagoshima who took us both to sample a local dessert and helped me find my tram to Lily who is from London, teaching English in Kagoshima and who had me to stay for two nights despite feeling pretty ill at the time. Thanks to all of you,I can't stress how much I appreciated meeting all three of you. I arrived on Amami-Oshima on Friday last week.
On the ferry from Kagoshima I found a bag and guitar in my berth. I was sure I had the right place as written on my ticket so I moved them out of the way and sat down. An hour later a guy came over, realized he was meant to be sat somewhere else and asked me where I was going. Turns out we were both heading to Amami to go camping on the same beach so he gave me a lift there from the ferry terminal. His name is Yutaka-san and he's trying to move to Amami permanently.
When we got to the campsite I found that you can only access it when the tide's out as the walkway alongside the coast gets flooded otherwise. There's a tiny road through the jungle over the cliff which I'm told is very dangerous at night when its full of snakes, so I'm sticking to the tide tables for now.
First day I arrived it was gorgeous weather for a while then rained incessantly. My tent is completely packed full of my stuff (too much stuff) but I heartily recommend it to anyone looking for a very waterproof, very light and spacious one man shelter. It's a snugpak ionosphere and I spent most of that day inside it staring at the ceiling lost in my thoughts (as pictured). The snorkelling where I am isn't that rewarding, just dead coral and sea urchins so I'm moving south tomorrow to a free campsite with similar amenities to my current one (Three hundred yen, just over two pounds a night with toilets, shower and basic kitchen).
I'm having incredibly vivid dreams at the moment, possibly my brain compensating for my limited social interactions (last night I dreamt I was ambushed by six helicopters on the way to a friends house and then put in an empty paddling pool with a cup of tea sat opposite a marine called Gutierrez enduring indescribably awkward small talk). As well as Yutaka-san there are a couple staying at the campsite, currently on their honeymoon which is a motorcycle tour from the bottom to the very top of Japan (がんばって！）。
I'm going to stay here in Amami for a few more days then move south to Tokunoshima and on to Okinawa by the 7th of April.
For now I'm enjoying the sun (have since purchased suncream and found a suitably vulgar hat to keep the rays out, so no worries), packet noodles on the trangia, studying japanese, playing ukulele and being lost in thoughts.
LAST EDIT: When emailing Catherine (hey again!) I remembered that yesterday I saw a hairless wild boar licking coffee off a can in a ditch. It ran off when I got my camera so the photos no good but I leave you that image, it's definitely impressed itself on me.
Posted by Mike at 06:07 No comments:

Less time for words than planned

For now- a pictorial summary of the past two days. 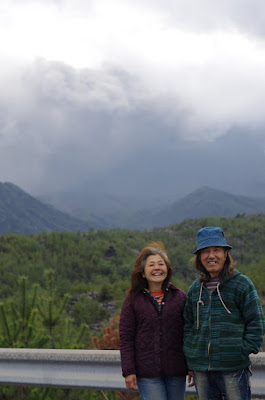 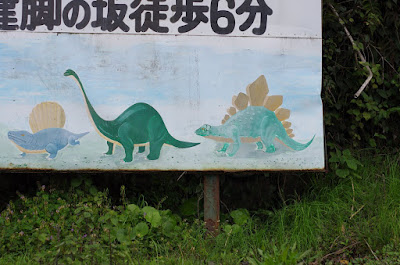 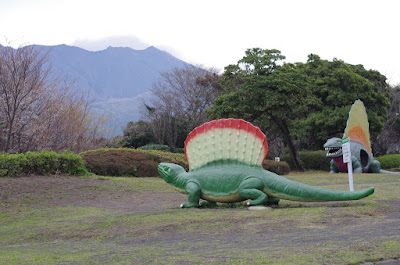 EDIT 26/03: My two nights on Sakurajima were amazing. I stayed Junko and Nini (from Tokunoshima and Okinawa-honto, respectively). I circumnavigated Sakurajima by bike which took longer than planned due to volcanic dust getting in my eyes and slowing me down a bit. I also played in an impromptu concert with Sanshin (okinawan version of the mainland shamisen. Other activities whilst there include going to the scorchingly hot onsen (hottest one yet) and watching an incredible Japanese tv show where a man dressed as an eagle begged a professional ice skater to grace a rink he'd had made by a team of 50 people or so and placed into the freezing waters off the Hokkaido shoreline (northern Japan).
On the day of the dinosaur photos I went with Junko-san to collect a type of wild plant for lunch at the sides of a park. Some of the dinosaurs are massive and people trying to holiday cheaply sometimes sleep inside them (maybe on the way back up through Kagoshima I'll do the same). 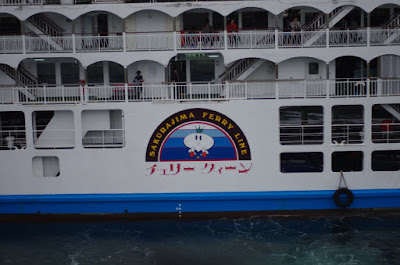 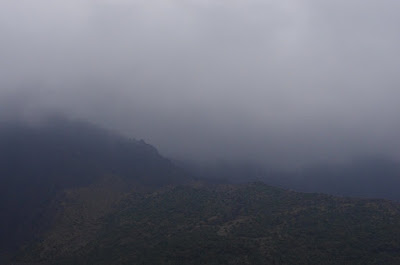 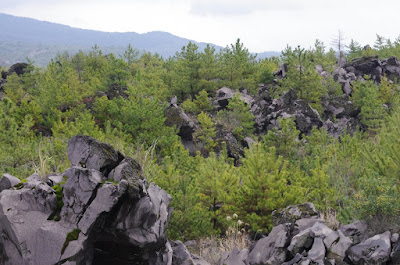 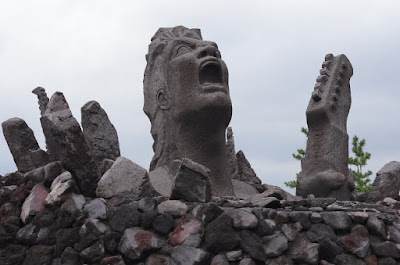 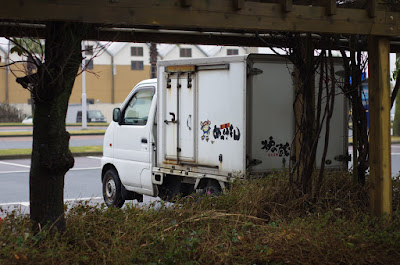 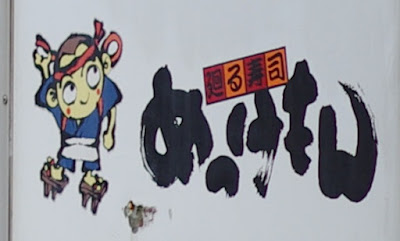 Today I went to Sakurajima which sits in the bay opposite my hostel, its volcano smoking wistfully. The weather continues to be pretty terrible but its still warm enough to pad about looking at everything.

I had no idea what the mascot of the ferry was till I landed on the island and found out Sakurajima is the home of the largest radishes in the world. The bus I jumped on took us to a few sites, one being a lookout point to see the volcano (shrouded in fog in this picture). Other sites include a viewpoint to see where Karasushima (a nearby island) was engulfed in lava in an eruption back in 1914. Oh and we also stopped at that bizarre sculpture of a somewhat pained head with guitar. Couldn't see any information about it so I'm left in mystery till tomorrow. I met the owner of a hostel on Sakurajima named Junko, and I'm going to be staying there tomorrow and the day after.
The last two photos are of a graphic on a van I found coming back to my current hostel just over the water.
Rainy days in hostels make for brilliant tangents on wikipedia.

Junko's from an island called Tokunoshima which is in the Amami Islands (an island chain I'm planning to visit next week to start my camping trip).
I just looked up Tokunoshima to find that a man from this island lived to be 121 (this is disputed).

"Shigechiyo Izumi (June 29, 1865 – February 21, 1986) is the person with the second longest recorded human lifespan in history, after Frenchwoman Jeanne Calment."

I then had to look up Jeanne Calment who I remember seeing in an old guinness world records book, and the article showed me two things I have to share.

1. She knew how to treat herself right.

"Calment ascribed her longevity and relatively youthful appearance for her age to olive oil, which she said she poured on all her food and rubbed onto her skin, as well as a diet of port wine, and ate nearly one kilogram of chocolate every week."

"The French had their own theories about why she lived so long, noting that she used to eat more than two pounds of chocolate a week, treat her skin with olive oil, drank port wine and rode a bicycle until she was 100."

2. Rap is too often a go-to for the desperately unimaginative.

"For her 121st birthday last year, a record company released Mistress of Time, a four-track CD of her spoken reminiscences over a background of rap and other tunes. The retirement-home supervisor who brokered the recording contract was removed from her post after charges that Calment had not fully understood what was involved."
Posted by Mike at 09:06 1 comment: 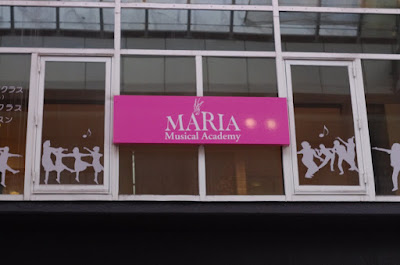 Yesterday Syuzo and Nobuko took me to a motorway service area just south of Fukuoka, we said our goodbyes and I went to wait by the road out of the parking area with a sign Syuzo had made me for heading to Kagoshima.
I looked at my watch and remembered someone in the hostel in Fukuoka talking about a friend who said they'd received lifts every ten minutes and hoped for similar.

In 5 minutes time I was in a car with a military recruitment officer discussing genetics in a very basic manner, and he told me Nicolas Sarkozy's dad is Hungarian (I had no idea). He was only driving two hours south to Miyazaki originally but decided to drive me all the way to Kagoshima (four hours) and buy me lunch. I really tried to protest this but he wouldn't have it and explained I had to do the same when I'm older and see young hitch hikers.
I'm now in Kagoshima and its raining fairly horribly, going to stay here a week or so whilst I sort out my plan for going camping on the islands south of here.

Definitely going to get to an onsen soon, there are 270 in the prefecture and I'm sure a lot of those are in the city.
Posted by Mike at 07:49 No comments:

"The internet is your breakfast." 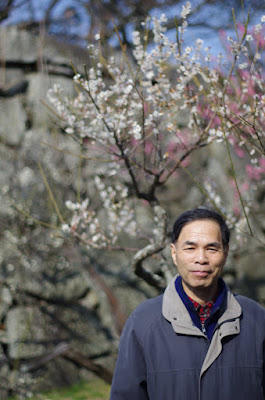 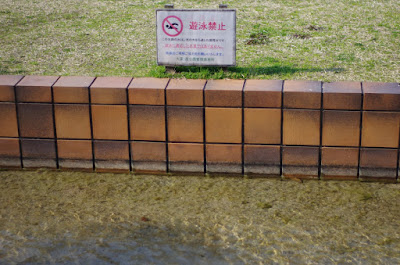 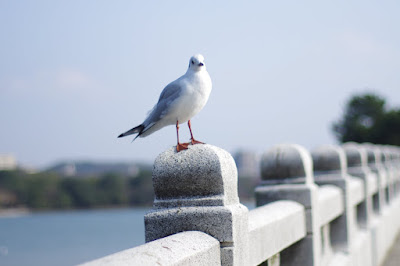 My day started with this sentence and ended with a line dancer named Jesus dancing with maracas.
Syuzo-san (top photo) is someone who gave me a lift when I was hitching here a year ago. I said I'd get in touch when I next came to Japan so we met today and visited Fukuoka tower, the castle ruins at Maizuru park and a few other parks.
Syuzo is adept at starting conversations, we managed to get into a long one about maglites with his friends in the library security office, spoke to a flute player in the park about kindles and youtube musicians, chatted to a photographer about thermos flasks and to a group of students from Kyoto about the price of hostels.
Later on I had dinner with him and his wife Nobuko who wouldn't stop giving me delicious food, the kind soul. All in all a great day and Syuzo's going to give me a lift part of the way down to Kagoshima tomorrow as he and Nobuko are visiting friends a bit further south.
I'm a bit pushed for time so I'll write more later, but just wanted to share that.
Posted by Mike at 14:49 No comments: 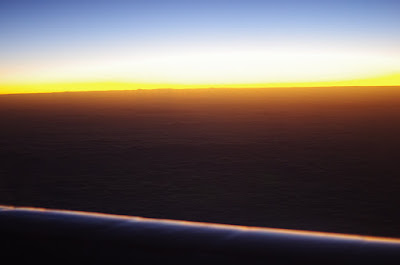 I've not posted anything whilst getting ready for Japan and I arrived there (here) today.
I'm feeling quite spaced out from the time differences and still don't have much to say beyond thanks to Emma for giving me such a great send off and here's a picture of the dawn breaking somewhere over the sea.
Posted by Mike at 12:14 No comments: